The race for technical supremacy

What was long regarded as science fiction has now arrived on the road: In Bad Birnbach, Lower Bavaria, an autonomous bus has been running for two kilometers as part of the regular public transport system since 2017. Thus autonomous driving may not yet be present in the daily lives of most people, but a first step has been taken.

The development of autonomous vehicles is a technological journey into the unknown. Competitors around the globe compete with each other and pursue different strategies on the way to technical supremacy. On paper, German car manufacturers are in a good position, registering most patents. However, according to current estimates by German automobile producers, it will take at least until 2030 before driverless cars are suitable for mass traffic. As well as unresolved safety issues, this cars are simply too expensive today. Autonomous does not necessarily mean autonomous. There are five levels of autonomy, from assisted driving to semi-automated, highly automated and autonomous. Only at the highest autonomy level is it possible to transport passengers without a driving task and to ride without them. The vehicle's technology is responsible for coping with traffic situations. Therefore, possible rule violations are not blamed on the occupants, who are also not held liable for damages incurred.

Developers abroad are already further along. Although the lack of mass suitability is admitted here as well, (partially) autonomous cars are either already on the roads or will be soon. This involves huge sums of money, as a four billion US dollar joint venture between Hyundai and the supplier Aptiv shows. The result of these investments are projects such as the autonomous taxi fleet of Uber's competitor Lyft in Las Vegas, whose vehicles are already being driven by drivers only in the event of an emergency. China is the big player in the field of autonomous driving. Several large Chinese companies are working with IBM and Bosch, to name a few, on a platform for autonomous driving and want to get this onto the roads as quickly as possible. China has recognized the energy and mobility sector as key areas for the "New Silk Roads" strategy and has long since become the world market leader and innovator in the field of autonomous driving.

Which strategy succeeds in the end cannot be foreseen at this stage. The market associated with autonomous mobility is enormous and promises massive profits for the pioneers in particular. The earlier the market is opened, the longer the advantage can be exploited through high initial investments and the more significant the advantages through economies of scale. If, however, delays occur, this will benefit those developers who pursue a moderate but steady development strategy.

A fundamental debate also exists on the question of the best development strategy for autonomous vehicles. German developers usually try to replace existing concepts with autonomous components, i.e. in principle to upgrade the manually controlled car. Some other developers, however, initially concentrate on the technology for autonomous driving and then develop a tailor-made vehicle. The result is a lead in autonomous software that the Germans currently have little to oppose. 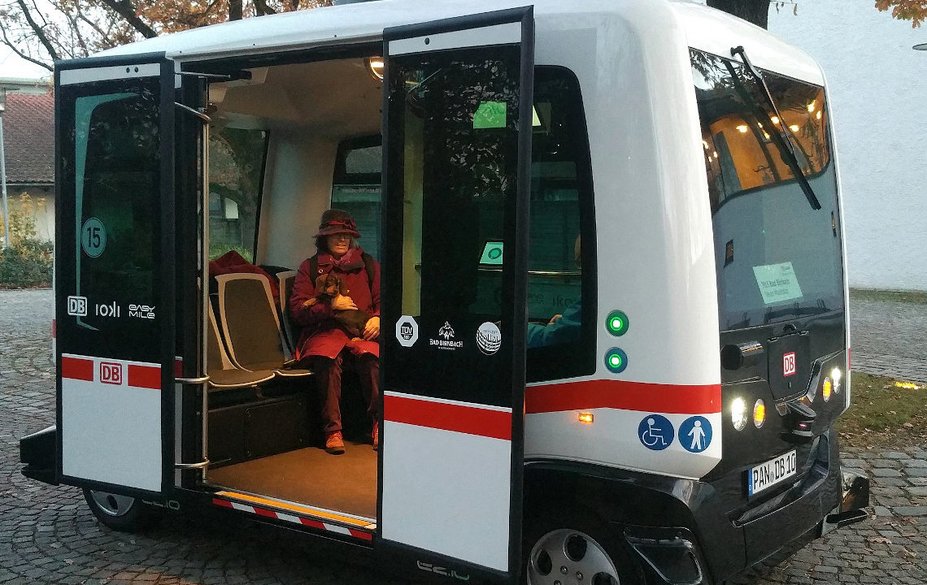 Autonomous driving in Germany - the DEKRA test centre at Lausitzring

Plans include equipping the test track with a 5G network. The 5G standard is one of the cornerstones of autonomous cars, as it significantly improves communication between vehicles and the environment. Latency times of up to 1 ms correspond to more than a tenfold increase in 4G speeds and enable real-time reactions and communication. This allows cars to access more data than their own sensors and is therefore an important development point for shaping the traffic of the future.

The establishment of the test track at the Lausitzring is part of the German government's plan to position Germany as the lead market for 5G and to make 5G applications usable. The aim is to make German model regions attractive for both domestic and international companies. Such a bundling of competencies has the chance to make up for possible technological backlogs and enable groundbreaking cooperative developments. However, China has already taken a significant step forward in this field as well: while the 3G mobile network is still not available in every region in this country, the Chinese are planning to establish a nationwide coverage with the 5G mobile radio standard by the year 2025 in order to establish networked traffic. Germany cannot keep up with this development.

Opportunities vs. Risks of autonomous driving

Autonomous driving opens up unprecedented opportunities for the mobility sector. Both new vehicle design and completely new mobility concepts are predicted. First of all, the elimination of the driver means that travel time is no longer lost time. Instead, it can be used for productive work or recovery. For driverless cars, there are virtually no limits to design . Directional seats, windscreens, mirrors or similar would only be optional; instead, more efficient, living-room-like designs are conceivable. The elimination of the human driver also makes it possible to implement new safety concepts. So far, it has only been possible to attempt to provide the best possible protection for occupants in accident situations. By means of appropriate sensor technology, communication and the use of machine learning, preventive safety concepts that prevent accidents before they occur are conceivable for autonomous cars.

In addition, the way in which mobility and transport are imagined will also change. In the case of classic taxi journeys, a large part of the costs results due to the driver. Forecasts for autonomous taxis say that their price will be even cheaper than driving a private vehicle. One consequence would be that in future, instead of vehicles, more mobility would be traded directly, for example in the form of direct journeys or shuttle services. Overall, this means an increase in the quality of life, as door-to-door journeys are no longer dependent on a driving licence or become unattractive due to high taxi costs. Especially for young people and seniors this development has a significant potential.

Despite all the opportunities offered by autonomous driving, the development is also accompanied by reservations and scepticism. In addition to technical limits, ethical and legal issues as well as safety concerns currently dominate. A central problem is the lack of a human driver as the person responsible for action and decision-making in road traffic. For example, the question arises regarding who can be held liable in the event of an accident. At this point, the focus will be on insurances in the future. For example, liability insurance for the owners or operators of autonomous vehicles would be conceivable. Ethical concerns include the programming of AI with regard to unavoidable accidents: If the car cannot find a way to avoid damage, what guidelines should it follow? And who should have the moral power to decide? Safety concerns arise, for example, with data and communication security and the question of whether and how autonomous vehicles can be manipulated from the outside. But also messages of accidents with autonomous vehicles are disproportionately negatively received and fuel doubts about their safety. In addition to overcoming technical problems, the acceptance of the general public must also be promoted if autonomous driving is to be successfully implemented in the foreseeable future.