Entry-level salaries in the aviation sector

The StepStone salary report is one of the most popular sources to compare salaries in different industries. Especially in the 2019 annual review, this salary comparison looks rosy, or let's say cute, for specialists and managers in the aerospace industry. After all, aerospace (LuR) is in the top positions in many occupational groups in the so-called "top industries". Regardless of the occupational group, the LuR is in sixth place with an average gross annual salary of €66,188. Engineers at LuR come seventh in the industry comparison with €66,840, in purchasing and logistics third with €59,178 and in economics even second with €81,389. The industry is particularly attractive in the technical professions, where employees earn a proud €52,507 gross annual average, making them the technicians with the highest incomes. This is a strong argument for entering or changing into the industry.

But which factors are decisive for the amount of the actual salary?

The task/function factor in the aviation industry

The amount of the salary depends on the duties involved in the various professions, the functions performed and the additional qualifications acquired. Air traffic controllers, for example, take on a great deal of responsibility and are paid accordingly higher salaries.

The high earners within the industry also include jobs in manufacturing, research and development and IT. Here the annual starting salary is between 45,000 and 50,000 euros. This is followed by sales and purchasing in the middle salary range of around 40,000 to 45,000 euros. In human resources and marketing, the earnings at the beginning of the career are the lowest in comparison, at around 30,000 to 35,000 euros per year. However, the amount of the salary is also determined by the level of education.

In principle, engineers are part of the best-paid workforce, with aerospace engineers being ahead of the competition. According to ABSOLVENTA, their average starting salary is 45,000 euros per year. The range is between 38,000 and 53,000 euros. This is higher than the starting salary of engineers from other industries, such as mechanical engineering or automotive engineering. With the professional experience, the income also increases. The prospect of an average salary above the 60,000 euro mark is attractive. With this salary test, especially for engineers, the own salary can be checked in relation to the salaries usual in the industry.

In the list of the top 100 employers for engineers, companies such as Airbus Group (6th place), Lufthansa Technik (9th place), the German Aerospace Center (12th place) and the ESA European Space Agency (13th place) are among the top 15.

In Germany, the starting salary depends primarily on the degree of the graduates; the university, grade or other factors are more secondary. Thus, on average, earnings are significantly lower with a completed apprenticeship than with a completed degree; this trend is even increasing at the moment. With a further training following the apprenticeship and a master craftsman's or specialist degree, income also increases. The XING 2019 Salary Study 2019 compares average salaries on the German labor market across all industries. The following chart clearly shows the gap in salary between educational qualifications.

The factor employer in aviation

The most important variable in determining salary is the employer. It is true: the larger the company, the higher the salary. The XING Salary Survey shows that companies with up to 200 employees pay an average of around 7,000 euros less for technical professions than companies with more than 1,000 employees. For example, Airbus, a company with several thousand employees, offers its employees an entry-level salary of around 48,000 to 53,000 euros, including vacation and Christmas bonuses.

In fact, it is still the case that salaries in Germany vary from one federal state to another. The leading states in terms of starting salaries are still Hesse, Bavaria and Baden-Württemberg. This is not surprising, however, as these are three very economically strong regions. The worst performing states are Mecklenburg-Western Pomerania, Thuringia and Saxony. Depending on the location, the salary can therefore vary considerably.

Money is not everything

What often sounds like a hackneyed phrase is nevertheless reality. According to a study conducted by the XING career portal, one in two employees would change jobs in order to experience more responsibility and meaningfulness. One of the reasons for this is the fact that more and more followers from the Y and Z generations are entering professional life. They would also accept a lower salary if the job is fulfilling.

Jobs of flying personnel, i.e. pilots and cabin crew, are preceded by an excellent reputation; they see the world in their dream job and earn excellent money at the same time. However, times have changed even in the prestigious aviation industry. The ever-increasing price war ensures that every cent is planned and distributed precisely. This is especially true for the cost center personnel. In commercial aviation, it is currently difficult to find well-paid and attractive jobs. This requires countless flying hours and the basic willingness to leave home temporarily. Even training costs are often forgotten when salaries are attractive. These often amount to around 100,000 EURO, which the prospective pilots have to pay themselves - without the guarantee of being taken over by an airline. Furthermore, pilot training cannot be compared to a craft apprenticeship, as only licences are acquired which are more similar to a driving licence. The licenses can be lost due to health restrictions or misconduct and thus also cause the loss of a job. Occupational disability insurance, for example, is intended to counteract this. But even these are comparatively price-intensive and start at around 500€ per month. In addition to the €100,000 training costs and the rather mediocre starting salaries, the financial prospects here are therefore only slightly rosy. There are also age-related restrictions, as very few people succeed in starting a career after 25 years of age.

A similar picture emerges for cabin crew. Although salaries are even worse and cabin crew members also have no apprenticeship in the narrower sense, they can find an acceptable job with above average flexibility. The decisive difference is that the training course of several weeks is paid for by the airline and you do not lose your work permit as quickly as pilots. The ideal situation is a job as a steward for a limited period of time, e.g. after graduating from high school for orientation (some airlines even have working students in the cabin) or just for a longer transition period.

Entry level salaries in the aerospace industry in comparison

With a salary comparison calculator you can do your personal salary check. The basis for comparison is important to keep an overview. You should always check whether the annual salary refers to 12 monthly salaries, or whether bonuses such as a 13th month's salary or special payments agreed in collective agreements are already included.

The salary certainly plays a decisive role in the choice of career. Nevertheless, it is most important that the work is done with pleasure. If, in addition, the working environment and the working climate in the team are right, that is already half the battle.

I am pleased if you are interested in a job in the aerospace industry. Or are you already practicing one of these professions? Please feel free to share your experiences in the industry with us. We look forward to your mail. 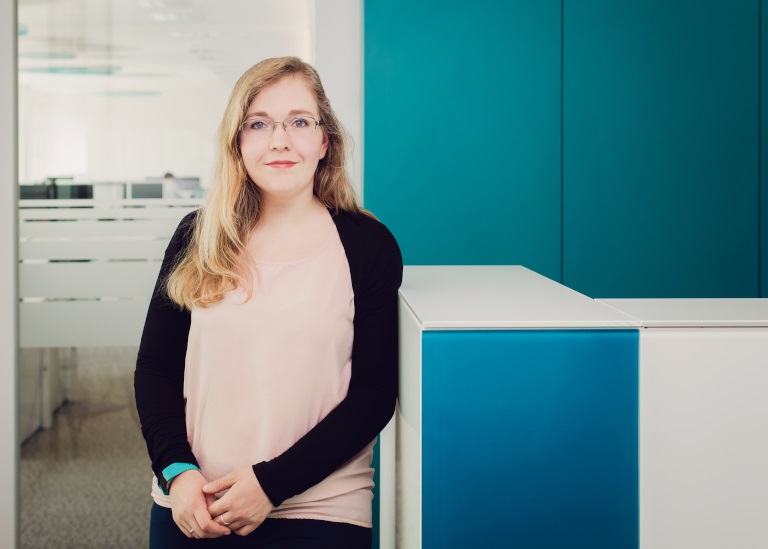