Internet of Things in an industrial setting


What’s behind the Internet of Things

The term “Internet of Things” describes fully networked and interconnected devices and everyday objects that are connected via an IP-based network. The strength of this concept derives from the fact that information that was previously only available locally can now be shared and processed anywhere. This means that each object requires a unique identifier, with sensors or cameras being used to capture this information. If actuators are also available, actions can be taken in response to this information, and these actions can be used to influence both the original object and any other item at any given location.

The term Industry v4.0 describes the implementation of this exchange of data, as specifically applied to industrial-scale manufacturing. By networking machinery and planning systems, new jobs can be implemented with almost full automation. Intelligent machines are connected to one another using the Manufacturing Execution System (MES) and regularly optimise their own operations. Information from systems in other areas of the business (such as logistics, procurement or sales) are integrated as well as data from the shop floor.

One of the most widespread industrial applications for the Internet of Things is predictive maintenance, which involves providing exact, ongoing reporting on the condition of machinery to determine the optimal timeframe for the machine in question to be serviced. To achieve this, sensors capture a diverse range of parameters and examine how they are correlated, allowing more effective planning and allocation of the resources needed to service and maintain the machines. As a result, even more possibilities open up: data analysis shows which parameters need adjustment in order to avoid shutdowns or rejected production.

Human beings often take part in the process by using devices that display information from the networked systems in real time. These could be tablets or smartphones, or even smart glasses that can incorporate Augmented Reality technologies or transport the user into an entirely new, virtual environment Virtual Reality). We recently published a blog post about the use of Augmented Reality and Virtual Reality in industry.

One device that is already deployed in the automotive industry is the wired glove. These gloves can, for example, use integrated sensors to monitor whether the worker has selected the correct component and whether the prescribed steps in the assembly process are being followed. Data glasses can simultaneously show information such as the torque levels used to tighten screws. However, the technology is not just used on the shop floor: it is also used to support product development, logistics and services. Customer service employees can learn the steps in repair processes in a virtual environment before the product is ever physically available. The same applies when testing product prototypes or new processes at early stages of their development.

Just like businesses in the aerospace industry, companies in the fields of light engineering and machine tooling rely on IoT technologies for more than just their own processes. These high-tech businesses also equip their products with this technology, allowing sensors attached to plant and machinery to generate completely new insights into the underlying cost structures in the manufacturing industry by collecting real-time data about resource utilisation. In our glimpse into the future of aviation in the year 2050 you can also read how the Internet of Things not only has the potential to change the development and manufacture of aircraft, but will also shape your personal in-flight experience of the future.

The potential of the Internet of Things

The industrial application of the Internet of Things promises yet another increase in the level of automation in the manufacturing sector, which will become both more flexible and more efficient as a result. The flow of information will be equally as critical as the flow of materials. If either of these two resources dries up, production will come to a standstill. If networking is successful, however, businesses will be able to tailor their processes even further to their customers while keeping complexity at a manageable level. Human error will increasingly be excluded from the production process, while development cycles will be shortened due to the ability to undertake multiple development activities in parallel. It will also be possible to arrange work more flexibly, while simultaneously improving the quality of service for customers. This will mean that highly specialised technicians will be able to support their colleagues worldwide while being based at the company headquarters. The necessary information will be exchanged using headsets, cameras and displays. This is already a reality for plant engineers at Linde. Complex, but repetitive hand motions can be learned by a manufacturing robot by tracking the motion of an employee using a wired glove.

Hurdles on the way to implementing the Internet of Things

However, before the journey is complete, a great deal of development work remains to be done. More network nodes, which exchange even more intense levels of data, will push infrastructure to its limits. In addition to the requirements for network capacity, power consumption of connected objects will also increase. Although barcodes and RFID tags can provide details of an object’s identity without a continuous energy source, sensors and actuators require sustained power, which means that they can only be made mobile by relying on battery technology, which continues to fall short of requirements.

There is another second area of complexity that stands in the way of a full, broad-based deployment of the Internet of Things: organisational challenges. Indeed, processes can only be meaningfully supported by the Internet of Things if they are defined accordingly. This means that obstacles to a successful use of networking need to be overcome at an enterprise or industry-wide level, and not just within a particular area of the business. A lack of standards and protocols for objects to communicate among each other across multiple industries has created a significant limitations to date. Security considerations, as well as high levels of investment, have also caused implementation to lag, and the fact that hackers could use poorly secured network devices to take control of production facilities would surely be a nightmare scenario for any entrepreneur.

A glimpse into the future

Business should make use of a dual strategy to achieve the full potential of the Internet of Things. Instead of unilaterally focusing on optimising their current processes, they should also examine new business models that could be developed as a result of new technological possibilities. Businesses should make use of support in implementing this technology, because successful IoT projects require sector-specific knowledge, process knowhow, and implementation skills.

It is precisely this expertise that ARTS uses to give its partners from the aerospace, light engineering, construction, rail and automotive industries a boost on the way to becoming truly networked enterprises. You can work with us to build the industry of the future. Our ARTS jobs market contains a wide variety of different posts that will enable you to pursue your interests and put your skills to the best possible use. 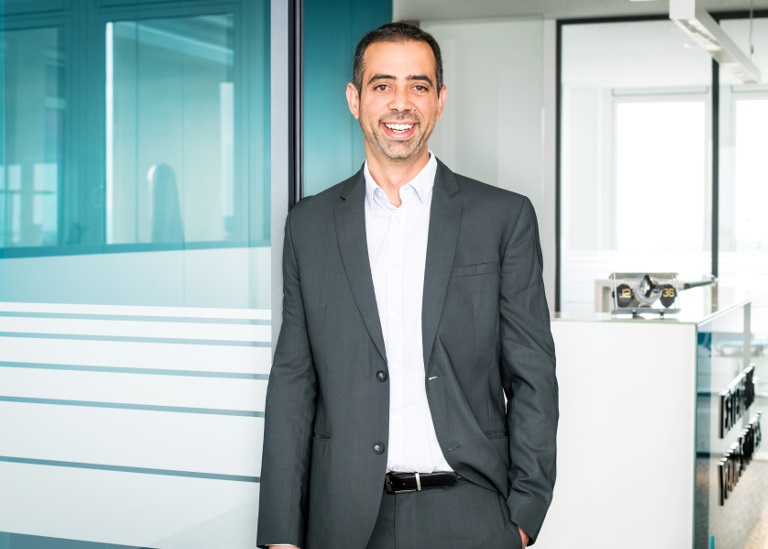