Spaceport for Rockets in French Guiana


The European location of French Guiana

The space centre in French Guiana, which was built in 1968, benefits from a superb geographic location. Located in the French-Guianan town of Kourou, which has around 26,000 inhabitants, the European Space Centre is a major factor in the local economy. Following many modifications, the three launch pads are now able to launch satellites into orbit using three different types of rocket. French Guiana, which is located on the northern Atlantic coastline of South America, is part of the European Union. French Guiana belongs to France and is fully integrated into the French state. Since the passing of the French decentralisation law in 1982, French Guiana is both an administrative Département and a region of France in its own right.

The launch pad at Hammaguir in Algeria was abandoned in the late 1960s for political reasons, and replaced by a facility in French Guiana, with a launch pad being built in Kourou as far back as 1965. The Kourou Space Centre (in French: Centre Spatial Guyanais) is a core component of French Guiana as well as being a highlight for tourists.

Multiple benefits at the equator

The European space port’s location on the Atlantic coast makes it one of the best located launch pads in the world, being located 580.2 km from the equator and just five degrees north of it, at 5° 13'18''N.

The earth’s rotation at the equator gives rockets more impetus as they take off in comparison to what would be possible further into in the northern or southern hemispheres. Taking off near the equator therefore makes it easier to place geostationary satellites into their geostationary orbits. Moreover, rockets require less fuel to take off from French Guiana than from Europe. Once again, this is due to its location near the equator.

The launch alignment used by carrier rockets to reach the most widely used orbits passes over the Atlantic to ensure that no people’s safety is jeopardised by the launch. This is a further benefit of the launch facility of the Centre Spatial Guyanais in French Guiana. The region is also safe from earthquakes and tropical storms: another factor in the location’s favour.

Rocket launches on the Atlantic Coast

The Kourou Space Centre can look back on a long history. The first rocket to take off from the space port was the Véronique high-altitude research rocket in 1964. The first launch vehicle, known as the Diamant, placed small satellites into orbit in 1970.

Today, the French Space Agency, CNES, jointly operates the Centre Spatial Guyanais in French Guiana together with ESA, the European Space Agency. Ariane payload rockets and small, European Vega rockets and Russian Soyuz rockets all take off from the site.

The original launch pad was converted for the European carrier rocket, Ariane, between 1975 and 1978. The successor models, Ariane 2 and, were also capable of taking off from this ramp. Between 1979 and 1991, the ramp was known as ELA-1 (Ensembles de Lancement Ariane).

All preparations for the launch of Ariane rockets must be performed on the ELA-1 launch pad, as the ramp only had a single, fixed launching base. This meant that capacity was limited to five launches per year.

A new launch pad, ELA-2, was built for Ariane 4. The first launch of the Ariane 4 rocket took place in 1988, but as early as 1986, it was possible to launch Ariane 3 from the ELA-2 launch pad and, for a further three years, the ELA-1 and ELA-2 ramps were used in parallel for rocket launches. Ariane 4 is the most successful Ariane model to date, with reliability of 97.4% and 113 successful launches to its name. Ariane 4 and its reliability have substantially contributed to the fact that the Arianespace company, which is responsible for operating and marketing the rockets, had a global market share of 60%. The final Ariane 4 rocket was launched in 2003.

When Ariane 4 was developed into Ariane 5, it was no longer possible to use the ELA-2 launch pad as had previously been the case. Instead, the ELA-3 launch pad was brought into service for Ariane 5, which is approximately 62 metres tall, in 1996.  The latest in the series was once again used as a launch vehicle for the European space programme, and was a high-tech wonder that made it possible to launch particularly heavy payloads into earth orbit.

The liquid-hydrogen powered rocket can carry several satellites into orbit, due to its payload in excess of ten tonnes. With a dual start configuration, two larger satellites can be carried into orbit, with the satellites being stacked on top of each other in the nose of the Ariane 5.

Some parts of the Ariane 5 are produced in Germany. For instance, the MT Aerospace AG company builds the casing for the booster rocket, which is used to support the start before it is discarded shortly after lunch.

The dual start device is manufactured in Bremen.

The Centre Spatial Guyanais space port was designed for the Ariane series and thus for satellites with particularly heavy payloads. Businesses who wished to carry smaller satellites into space had to wait for other businesses to come along and to share payload capacity.

The European Space Agency authorised the development of the Vega rocket to cover the market for smaller satellites. Vega stands for Vettore Europeo di Generazione Avanzata, which, when translated from Italian, means “Next Generation European Launch Rocket.” This four-stage rocket can carry payloads of up to 2.5 tonnes into near-earth orbit, but smaller payloads of 300 kg can also be carried with the Vega rocket. After the demolition of the ELA-1 launch pad at the Kourou space pad, construction for the new ELV (Ensemble de Lancement Vega) launch pad commenced in late 2004. The first qualification flight of the 30m-tall Vega rocket took place in 2012, carrying nine satellites including seven pico-satellites belonging to European universities.

Moreover, the operators of the space port – the French Space Agency, CNES, and the European Space Agency, ESAS – have agreed with the Russian space agency, Roskosmos, that Russian Soyuz rockets will be allowed to take off from the space port in Kourou. The location near the equator helps the Soyuz rockets, which are around 46m tall, to carry heavier payloads into space than they would be able to from the Russian space port in Baikonur, Kazakhstan. In Baikonur the Soyuz rocket can only transport a payload of 1.7 tonnes into geostationary orbit, whereas at the equator, the payload increases to 3 tonnes. The maximum payload of the Soyuz rockets is reached at a little over 4 tonnes.

The ELS (Ensemble de Lancement Soyuz) launch pad was built in Kourou for the Russian rockets, with the first launch of a Russian rocket taking place at the Centre Spatial Guyanais space port in 2011, with the Soyuz carrying two Galileo navigation satellites into orbit.

The space port in Kourou provides launch services for all different payloads via its support of three different designs of rocket: Ariane, Vega and Soyuz. Vega is suitable for lighter payloads, while medium to heavy payloads are served by both Soyuz and Ariane.

Companies across the world are involved in the manufacture of components for Vega and Ariane, with a proportion of these components also being built in Germany. Many aeronautics and space experts work for Airbus Safran Launchers GmbH in Germany on developing the latest-generation Ariane 6. Airbus Safran Launchers and other companies are interested in personnel with expert skills to progress the state of the art in the space sector. Aerospace engineers, rocket scientists, and mechatronics engineers are highly sought after for research into rocketry. Experts from all over the globe therefore work together to expand the horizons of space travel. Developments such as Ariane 6 not only create new jobs, but they also encourage the sharing of knowledge as well as improving international cooperation. 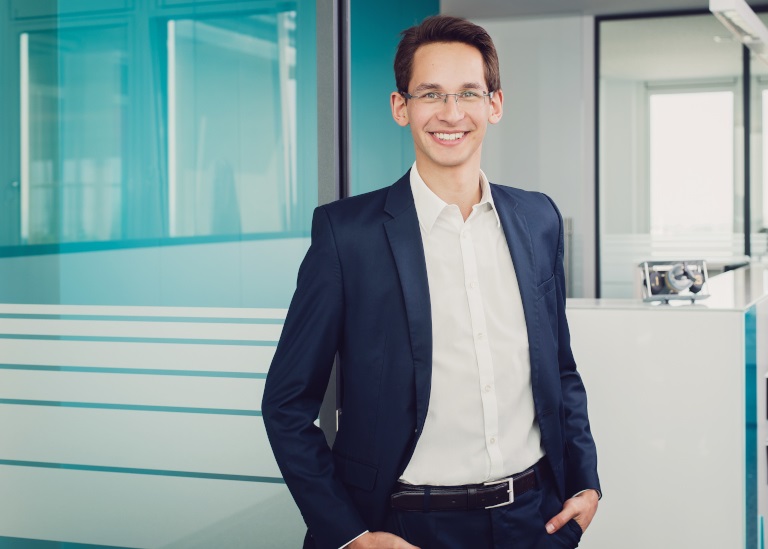