The implementation of logistics 4.0 - a Herculean task?

The vision of seamless and error-free logistics processes is still a dream of the future today, and the reality of implementation is currently different for the majority of companies. The importance of logistics as a "strategic weapon" in daily business is growing. Logistics is no longer a rigid supply chain with individual islands, because flexibility and transparency are becoming increasingly important quality factors for end customers. Logistics 4.0 aims to collect large volumes of data in a targeted manner and make them available across companies via standardized interfaces - for all partners within a supply chain.

The creation of a highly flexible network poses a massive challenge for all members of the value chain and perhaps only two out of ten companies have actually started digitizing their supply chain, although almost 90% of companies see digital technologies as an opportunity to reduce logistics costs, accelerate transport chains and reduce errors within logistics.

Old rigid structures have to be broken down, logistics have to be rethought, traditional business models have to give way to so-called digitalisation and, moreover, the participation of all affected persons in this process of change is absolutely necessary.

Globalization opens up opportunities for numerous companies to expand their markets and enables promising cooperations. Nevertheless, this medal has two sides: with the opening of the international market, competitive pressure also increases. Today more than ever, companies have to adapt to frequent fluctuations in demand, constantly shortening product life cycles and declining customer loyalty. The demands placed on production processes, including internal logistics, are becoming more complex. But this is where the crux lies, because many companies are not yet sufficiently prepared for this change. The main problem in internal logistics often lies in the lack of transparency, as there is often no overview of the current order status or internal transports are carried out without central control.

Another problem is the rigidity of the processes. If, for example, a mechanical problem occurs at a point in a production plant, this information must first pass through a local fixed point from where the data is then passed on to the production management, which then gives instructions for action. A time-consuming process that is inflexible and cost-intensive because all subsequent processes are delayed. One consequence of this process rigidity is, among other things, the non-observance of delivery times at the end customer, which can possibly result in the loss of orders.

On the way to Supply Chain Excellence, the goal of these companies should be to increase their responsiveness to unexpected events in internal production and logistics and to avoid empty runs. Maximising resource utilisation, minimising throughput times and placing products on the market successfully and on time are some of the economic goals that ensure a company's continued existence even in this century of globalisation.

The use of digital technologies is increasingly finding its way into production and logistics. The automobile manufacturer Volkswagen has been using data glasses in production for many years and companies such as Bosch and Audi use a large number of autonomous transport robots in their plants. Among other things, technologies such as these are designed to help companies react quickly and appropriately to unplanned transport requests and deliver the required material to production within a specified period of time. Already last year, industry experts predicted a boom in virtual and mixed-reality solutions. A study by Deloitte and the Fraunhofer Institute for Applied Information Technology found that German companies want to invest 850 million euros in such innovative applications by 2020.

Big data is the keyword in this context. It means nothing but the collection, storage and evaluation of real-time data in large quantities. However, this method is only efficient if the data is collected and evaluated in a targeted manner. As much as Big Data can be used profitably, the discussions on this topic are controversial. Due to a lack of IT security, companies fear that they will lose business secrets and knowledge to the competition as a result of this networking.

This real-time data also plays a role in the topic of the Internet of Things (IoT). While the classic Internet moves in the virtual world, IoT enables the networking of physical objects with virtual channels and creates collaboration through a wide variety of information and communication technologies. Simply put, the networking of the virtual world with everyday objects or technical refinements. Applied to industry, this results, for example, in objects that are equipped with sensors that feed the current physical state as information into a cloud. In addition to real-time monitoring of transport vehicles, e.g. by means of the ADAC breakdown prevention service, the transported goods can also be monitored. This makes it possible, for example, to monitor temperatures during transports and to pass on deviations from the target status directly to the responsible department. The resulting immediate regulation prevents negative effects on the goods and delivery. The IoT also enables inventories to be captured by "intelligent" shelves and, if necessary, repeat orders to be triggered automatically. If transports can be planned in real time and the production management has an overview of where each transport order is at any time, data and information can be obtained that can be used to optimize logistical key figures such as delivery reliability and time and to ensure competitiveness.

The Internet of Things is the preliminary stage of the so-called Digital Twins. They make it possible to duplicate physical objects and systems from the real world and to create a virtual twin. While the real system state remains untouched at first, changes and various scenarios can be tested and carried out on the virtual image, on the "digital twin". This enables different perspectives on the real twin and allows realistic forecasts and analyses. Thanks to the resulting results and findings, it is possible to determine at an early stage where adjustments need to be made. Particularly in logistics, the material flow can be simulated thanks to Digital Twins and allows the utilisation of logistical processes to be visualised in real time and optimised accordingly.

Everyday work in times of logistics 4.0

The working environment and the tasks of employees will also change with the transition to Logistics 4.0. In the future, cognitive systems within production lines will ensure that individual system components communicate independently with each other and recognize and solve problems that arise. The degree of automation in production and logistics is constantly increasing.

This smart technology should also be able to learn process sequences, recognize recurring patterns and derive recommendations for action that ultimately improve logistics processes. Despite all the automation, logistics specialists will continue to be indispensable in the future. The monitoring of complex processes, the programming of new systems and the evaluation of the recorded data are still in human hands. Machines and systems must be regularly checked and maintained. Security checks, especially in the context of data security, will be of enormous importance in the next few years as digitalization progresses.

Even if all these statements, concepts and goals sound like dreams of the future, companies should still be concerned now with the challenges and opportunities of Logistics 4.0. They can already make their company fit for the future and prepare it for the trends and requirements of a digitalized business world. This includes, among other things, dealing with critical success factors in logistics structures and processes, as well as the selection of suppliers and the use of communication and information technology. The faster the exchange of information between the partners in the supply chain takes place, the faster it is possible to react to customer requirements.

Sustainable with the right expertise

The implementation of necessary changes is often complicated by internal or established structures. Where does the further development begin, what expertise is required for it, what does the change mean for entrepreneurs and employees?

Questions that have to be considered and answered individually. ARTS will be glad to support you with expertise in preparing your logistics processes for the age of industry 4.0 and can take over entire processes or partial steps in the field of Logistics & Supply Chain Management as your partner. If your needs are consultancy-oriented, we will also be happy to support you with our know-how. 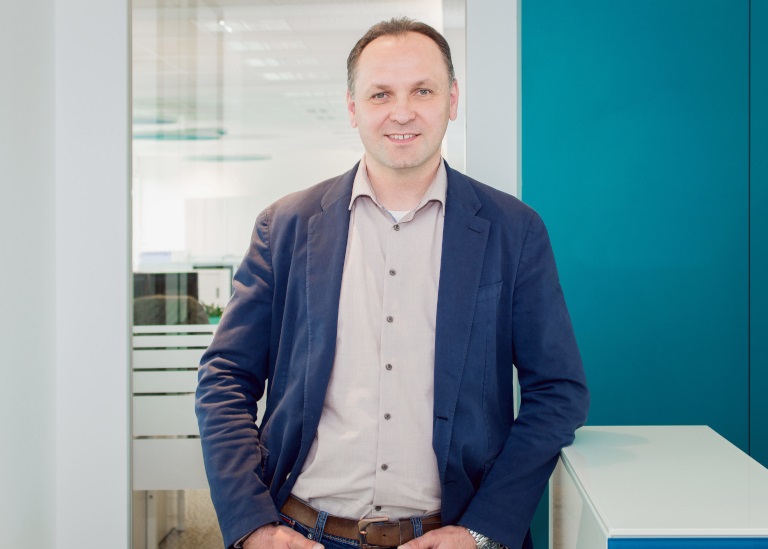