...or the way we got into our new working world

First and foremost, this was to be a success story about our departure from working with far too much paper and a rapid switch to GSuite. However, while writing it, I noticed that since then and until today we have achieved much more than just the transformation into digital work. We have paved the way for the ascent of the mountain of the new working world and GSuite, or now Google Workspace, is ultimately a logical choice to start the march and take the summit. 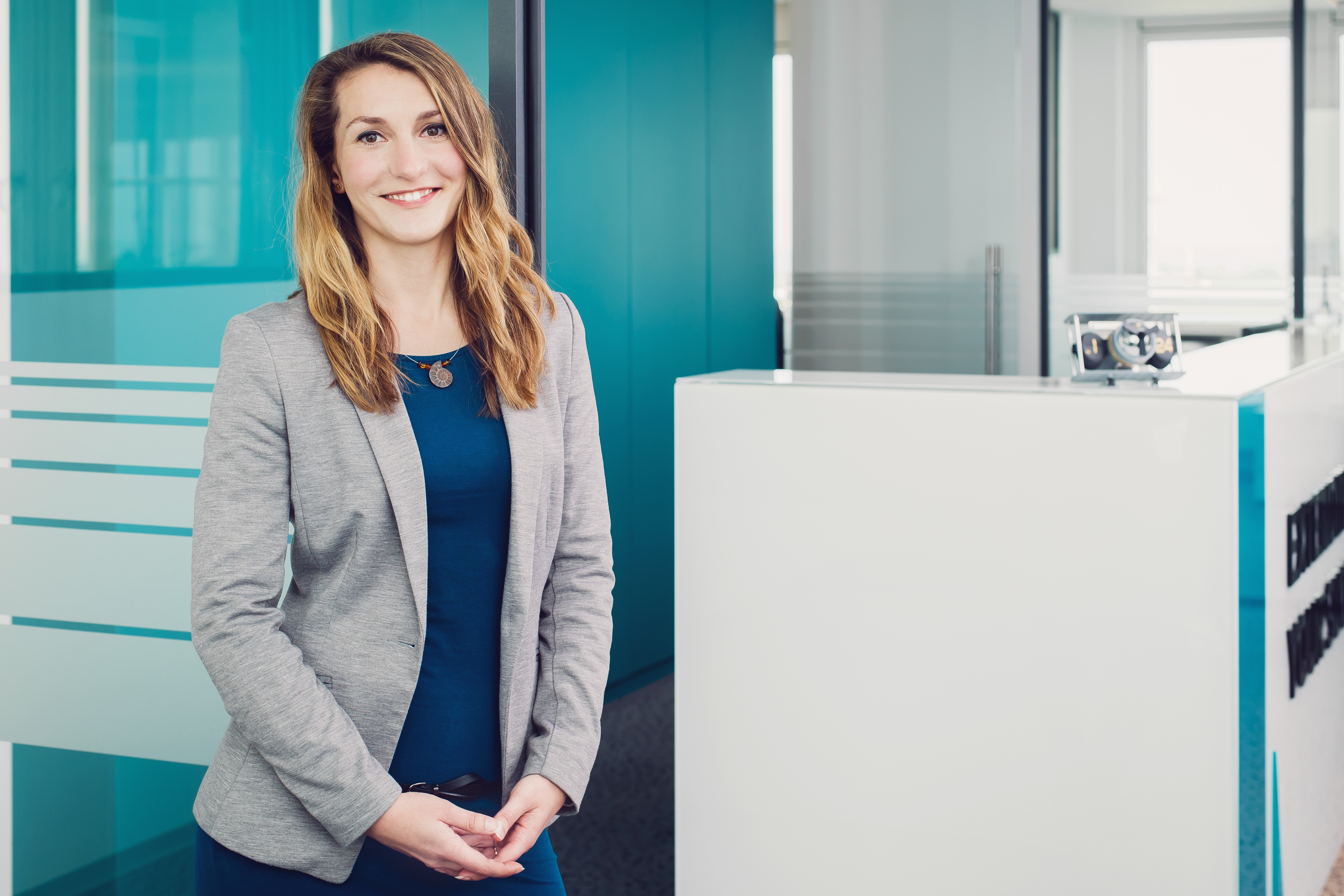 We have shown once again that we, as an idea workshop, can turn ideas into projects, implement them quickly in a team through swarm knowledge and we can help shape our own working methods.

It's the year 2000 and the offices are equipped with large white desk islands that can accommodate at least four colleagues. There was no talk of an open-plan office yet. On every wall and wherever else it was possible, there are cupboards with folders. The desks are decorated with plastic paper trays stacked on top of each other, which in turn are filled with stacks of paper. The second favorite colleague in the office after the coffee machine is the printer. We go on a journey with piles of information, which are transferred into confusing Excel sheets and in an intermediate step into the first own, finally overengineered online tool.

Since then, not only the IT infrastructure has changed, but also the premises, the handling of documents and the way we work and collaborate.

The world is too fast-moving for us to chase after it. What we can do, however, is to create the best possible solution from our experience, the technical tools and with a highly curious team and to grow with it.

At first we thought that digitalization would also mean digital collaboration. But the reality was different. There were and still are work steps that would rather be done on paper than online. The first stages, which many have certainly gone through, started with the consistent use of digital formats and filing systems. We entered the file explorer in times of shared documents. In particular, the data protection issue in the personnel area, with dedicated user and access management, provided a first frightening insight into the complexity of our digitization project. The sheer mass of documents that existed for each individual process finally opened our eyes. Only the working time lost in searching for just one piece of information from these piles could be used for other purposes in the future.

However, at that time, there was not yet the possibility for several people to work on an Excel list at the same time. This mainly led to the storage of "the copy_of_the_copy", which in the best case could still be found in the same folder, but each contained different information levels. All in all, a tedious affair with even more need for coordination and countless e-mails exchanging current work statuses.

In our core areas, the recruiting processes and applicant management as well as in the management of our employees, many processes run parallel. Access to data is essential for the execution of these processes. Systems for the processing of applicants' documents emerged at the turn of the millennium and, as applicant management systems, suddenly simplified the recruiting process. In the first phase, we also developed such a system independently with our IT team. However, we reached the limits of what professional IT system houses can do faster and easier than we could. So we revised our do-it-yourself solution and decided on an odoo, an open-source ERP system, in the hope of being able to make the necessary adjustments in an uncomplicated way. The adaptation to our working methods and processes worked so well that we hardly had to change. The awakening came with the update of the system to a new generation. The individualization of the system ended in a complex chaos that simply could not be unravelled. Our learning: Individualization simplifies acceptance because everything stays the way it was. But it makes it impossible to develop to the next level. We have only minimally left our comfort zone, but at the same time have not fully developed our potential.

Based on our learning and together with our IT service provider manaTec, we started fresh with the new system. We thought about how we could get as many colleagues as possible into the system and get them used to working in and with the system. In retrospect, this was often a hard piece of persuasion. Some departments quickly adapted to the new way of working, others were only allowed to put their own reservations aside. As of today, odoo has become the central work tool.

However, it could not replace our existing office system. Applications such as Outlook, Excel, Powerpoint and Word have also shaped the daily work routine. With the integration of the Office 365 solution we were still far away from the state of working together. Solutions, such as teams, were quickly implemented, screens were shared and the necessary technology in the meeting rooms was upgraded, and this already some time before Corona, where Skype for Business still dominated the market. However, we have not been able to establish a collaborative working environment with shared folders and documents in this environment.

... and then we moved into Google Workplace

It was only with the really radical switch from Office 365 to GSuite, which we prepared and implemented within just three weeks together with Google Cloud Premier Partner Wabion, that our way of working changed.

The first shock was deep in all our colleagues when we announced that we would soon be saying goodbye to our long-established and generally accepted office system. Shortly after we were informed, the first reasons came up why we could not completely do without Outlook or Word. We started working in shared documents, folders and very actively via teams. In other words, exactly the things we had already wished for in the Office world. At the same time, our Tec-Team, consisting of our Digital Transformation Manager Anja Uebermuth, our IT-Job-Sharer Jan Wiegand and our Organization Developer Nadia Döhler, worked eagerly to control the complete migration of mails, calendars and documents. In the ranking of mailboxes, three users with over 30,000 mails occupied the first places in the migration period.

Day 1 of GSuite started with a kick-off for all interested colleagues, including a question and answer session and an introduction to the first important steps. Thus, on the one hand, we were able to perform a live test of the functionality of Google Meets and could already show further applications. The greatest added value was provided by overview tables in the Google Training Center, which show which functions from Word, Excel or PowerPoint are available in a similar or identical form in the equivalent Doc, tables or slides. The continuous work in web browsers was initially a change and needed getting used to, since Gmail bears little resemblance to Outlook or the trust in automatic saving was not there from the beginning. At the same time, the radical change in the entire team forced us to adapt and adapt.

After now 6 months the advantages for us have clearly crystallized. The current pandemic situation has contributed positively to a rapid development towards the now existing Google Workspace. Competitive products establish functions which are also integrated into Google. The latest features, such as the customizable background in Google Meet, motivate our colleagues in various online formats, which we have now expanded for team communication or in collaboration with customers. The switch to the home office has been made immensely easier, since we now work 95% digitally and online. This not only strengthened our flexibility, but also our new way of working. Previously highly separated teams are moving closer together from a collaborative home office work. Working hours settle in exactly the same way that everyone can organize their working day with all the additional topics. We have a more direct leadership, as the individual exchange has increased. At the same time, the understanding for each other has increased, especially for colleagues who, as representatives of one location, do not have a direct office community and who constantly work from their home office.

We have shown once again that we, as an idea workshop, can turn ideas into projects, implement them quickly in a team through swarm knowledge and we can help shape our own working methods. On our way from knowledge organization to learning organization, this experience and the profit from it encourages us to achieve our future goals. 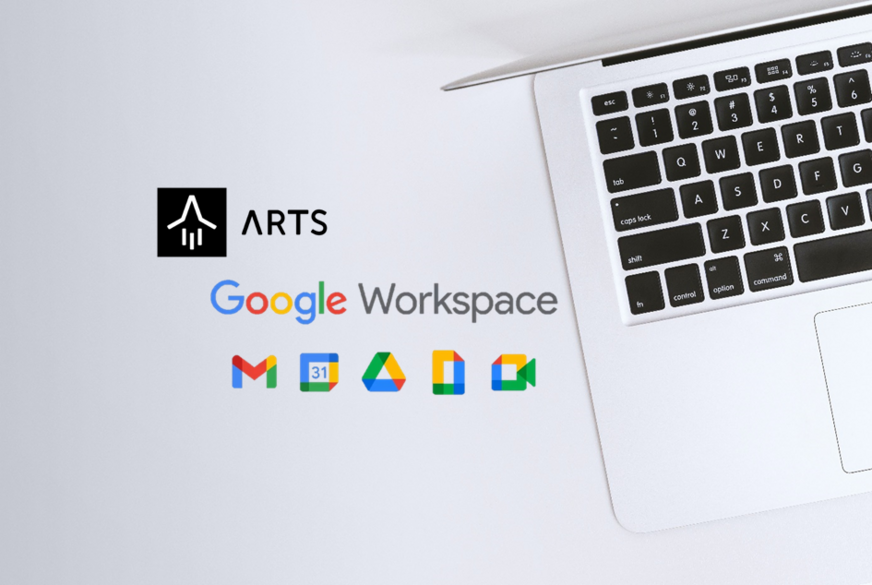 How we found the path of transformation into digital work and at the same time paved the way for the ascent to the mountain of the new working world.

3 weeks from preparation to implementation
Extending your Success
30.000 mails was the top of the mailbox ranking