They buzz around our apartment or start from their charging stations in the garden to keep the lawn behind the house nice and short: useful little robots. Old science fiction films or toy robots, which often have a human form even today, show how much this concept has changed.

But it wasn't just the small vacuum or mowing robots that showed us the design diversity in robot construction: we have long been familiar with large industrial robots such as the automatic welding machines in the automotive industry from television. Similarly large machines that can automatically grip, lift and feed workpieces have now been seen by everyone there. Robots of all kinds have long been familiar to us according to the maxim "form follows function". 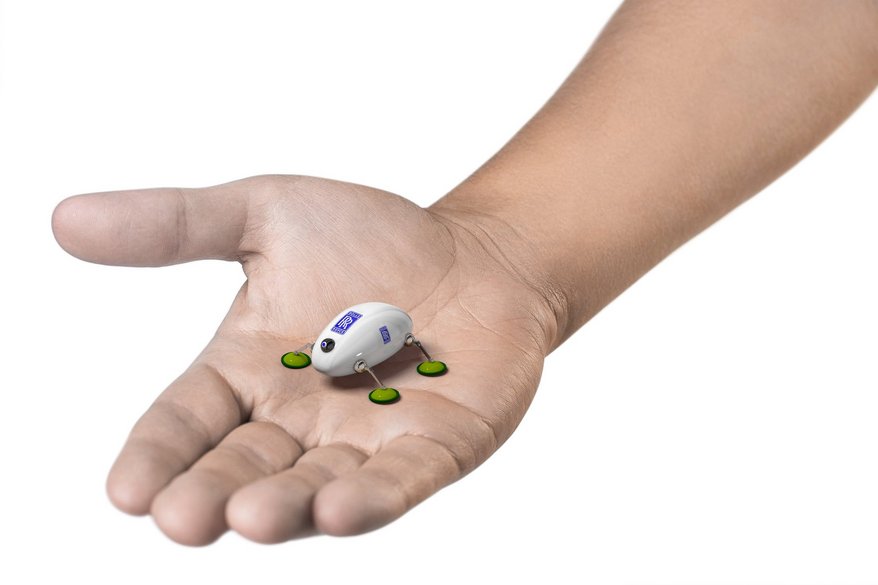 However, this has not resulted in the fundamental abandonment of robots in human form, as the ARMAR family of the Karlsruhe Institute of Technology shows. Why should a modern household robot like the ARMAR 3, which was introduced in 2006, have a different shape if its place of use is tailored to humans? The robot from Karlsruhe is currently regarded as the only one that can even dispense and store a dishwasher. Its youngest brother, number 6, presented at last year's CeBit, is also geared towards interacting with people. He can independently take on tasks in industrial maintenance and is even able to recognise and support the need for help of his human colleagues. This development points to another focus of modern robotics: machine learning using artificial intelligence.

For the development of modern machines, nature provides multiple templates on both sides, that of manifestations and cognitive abilities. Architectures with special physical properties and mechanics can also be found in the flora and fauna, as well as learning as a natural process.

This is why bionics is used to investigate the transferability of functional principles in nature to technology. In aviation, honeycomb with its hexagonal structure is a good example of progress through bionics for the construction of ultra-light yet high-strength materials. Bionics has also provided new solutions to reduce aircraft noise emissions. Clearly, nature also serves as a role model in process automation with modern robots.

A template for cognitive abilities to interact is swarm intelligence, as known from bee and ant colonies. A project at Stanford University has shown that this can also be transferred to technology. There, 18 cylindrical miniature robots were used to carry out various organising tasks on a desk top, including interactions with humans.

Researchers at Harvard University were inspired by the shape of a cockroach to build similarly small robots and constructed an artificial crawling animal just a few centimetres in size, which has inspired the aviation industry since then. The idea is to use the small machines intelligently networked for maintenance inside engines.

For visual inspections, there are endoscopes and boroscopes, flexible and rigid probes as known from medicine, used nowadays. This avoids the otherwise necessary disassembly. In order to accelerate the visual checks, sufficiently small camera-proven robots could be boroscopically inserted into the motors. The British engine manufacturer Rolls Royce presented a development project for this purpose for the first time at the Farnborough Airshow last summer.

The British engine manufacturer is working with various cooperation partners, including the universities of Harvard and Nottingham, to advance the development of further maintenance technologies. Inspect robots, thermally protected camera riscopes permanently installed in the engines, are to continuously transmit their image data via satellite to a maintenance center for evaluation. And remote boreblending will also be used for decentralized engine maintenance on the ground in the future. A mechanic would have to attach a robot equipped with two tool snakes to the engine at each aircraft location, which would be remotely controlled by a specialized technician from the maintenance center. With the method called Flare, even repairs to thermally insulating coatings of the moving engine parts should be possible. Tiny swarm-intelligent artificial beetles, so-called SWARM robots, which are released endoscopically deep into the engines, would be a further element in accelerating the decentralized continuous component inspection and thus shortening ground times. The small four-legged robots consist of a base made of carbon fibre-reinforced plastic and are equipped with cameras. They determine their path through the drive unit autonomously and can thus make hard-to-reach places accessible.

With these projects, the Rolls Royce is following a path that the aircraft manufacturer Airbus had demonstrated three years earlier at the Farnborough Airshow for airframe maintenance. The aircraft manufacturer had a remote-controlled camera drone float around a fin on a pre-programmed flight path. With a computer-aided comparison of the images with their target state, this saves time because the aircraft would otherwise have to be scaffolded if the visual inspection revealed a need for repair. The Rolls Royce developments presented two years later in Farnborough have a similar goal.

Not only the aerospace industry relies on robotics. The car manufacturer Ford uses a spare parts robot in its Valencia plant, which navigates its way through the hall independently. "Survival" is its name and it can dodge unforeseen objects, change its route and stop. He has a shelving system whose compartments are opened automatically. Survival's main task is to reduce staff walking distances during working hours.

ARTS observes the process with great attention. Since October last year, ARTS has been involved in the maintenance of the Beluga fleet in cooperation with Sabena Technics. This also includes the new BelugaXL, for which Airbus also relies on Rolls Royce engines. The ARTS experts are responsible for the complete line maintenance - i.e. precisely the work that ensures the safety of the aircraft during ongoing flight operations.