Diversity a recipe for success?


The basic idea of diversity is to include as many different types of people as possible. Starting with ethnicity, gender, religion and ending with culture and opinion. Diversity is not just a buzzword thrown around, but a critical building block for success.

The question of whether women are better managers cannot be answered in this way. One thing has been proven, however, according to the University of Hohenheim, namely that women manage differently. But a study by Goldman Sachs in 2020 found that women are better fund managers in crises than their male colleagues.

Have we been inundated lately with headlines about women's quotas, age discrimination and upward mobility? The list of buzzwords is long, and most of them relate to the same issue: participation problems. In other words, diversity. Yet the group of people who are underrepresented can be clearly defined. For example, it includes women, but especially women of color. For example, a study by McKinsey in 2021 found that they make up only 4% of C-level leadership positions. For men of color, the percentage was 13%, and for white women, 20%. In addition to these subdivisions, people with disabilities can also be enumerated. For example, the 2021 Federal Statistics Office cites that only 57% of 15-64 year olds with disabilities were employed or looking for work.

In general, diversity means nothing more than being diverse. In terms of teams, departments and companies, it means that people are involved who have different characteristics and backgrounds. Be it gender, origin, educational background or age. But it is also about values and attitudes that individuals hold and differences in the jobs they do. But why should we be interested in this topic at all? Let's take a look at some examples from the business world.

Until the 1970s, leading U.S. orchestras relied almost exclusively on a male ensemble, although women were allowed. When the Boston Symphony Orchestra moved its applicant rehearsals behind a curtain, the percentage of women rose from 5 to 40 percent. Because in the end, the women were as good or better than their male competitors. You may now be wondering whether there are any adjusting screws in your organization that could lead to such a sharp increase in the proportion of women. But there is no easy way.

Diversity is a difficult topic because structures have to be rethought. Diversity is not always as simple as hanging a curtain that allows certain groups to participate more. Sometimes operating procedures need to be reworked from the ground up, such as application processes. Numerous studies have shown, for example, that people tend to choose those who are most like them. This also applies to recruitment and internal selection processes, such as the promotion of department heads. This means that if there are already many men in a company, they are more likely to choose a man again.

A state of affairs that many companies in Germany have already recognised. In 2006, roughly 2,500 German companies joined together to form the so-called "Charter for Diversity". Its aim is to increase the opportunities for participation for all, regardless of personal characteristics. A survey revealed that two thirds of the companies see diversity as an opportunity, yet an equally large proportion do not yet engage in active diversity management. Not surprisingly, 95 percent of companies see women as the focus of this development.

There are several reasons for this. Last year, for example, the Credit Suisse Research Institute found that companies with a higher proportion of women in management positions had significantly better share performance than those with a lower proportion. Although only 55 of 160 board members in listed German companies are women, only 52 of the 105 remaining companies said they would address this issue by the end of next year. Consequently, the will for more diversity can be doubted.

Diversity means nothing other than variety.

Diversity in times of crisis

Even though the corona virus no longer limits everyday life in this way, it has left its mark. Many companies are rethinking their previous strategies, from products to internal structures. Many companies are turning over every stone to emerge stronger from the crisis. Diversity management can be an advantage here.

After all, heterogeneous teams are more successful. In 2018, for example, the consulting firm McKinsey found that companies characterized by an above-average degree of diversity have a particularly high probability of also being more successful than average. Once again, a particular significance was found for women in senior management. However, it also pays off in other aspects to focus on more diversity - especially in Germany. Here, the consulting firm found that the impact was twice as high as in an international comparison. Diversity characteristics such as gender, ethnicity, and educational or scientific background were examined.

In my opinion, diversity is a key to success in every respect. You may have noticed this as well. Teams whose members have different characteristics are often made up of people who think and act differently. Many companies already outsource product development to external parties, such as customers for testing or other companies for consulting. It is critical to include a variety of perspectives in our work, whether for creativity or for the actual outcome. So we are more successful when we include different perspectives.

But diversity not only holds opportunities, the risks must also be well managed. Naturally, different views also create a potential for conflict, which can lead to frictional losses. The key to success here is an open and transparent corporate culture in which different points of view are seen not as dangers but as opportunities. Issues such as feedback culture and trust are also crucial here. To make all this possible, we have to change.

We should not draw the conclusion that men should no longer be involved in job interviews or that a dividing wall should be erected between those involved. Rather, we should be aware that we can learn to think and act through people who are different from ourselves. This is a real recipe for success in a time of shortage of skilled labour and demographic change. And the best time to implement it is, as always: Right now. 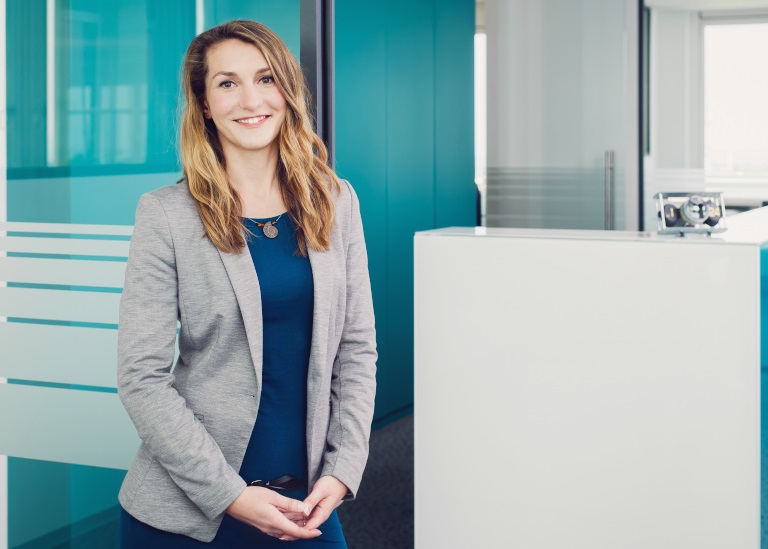