Equality in the IT industry

Ever since Apple launched the first iPhone, product presentations have been celebrated like happenings. Nearly all well-known companies are publicly committed to a diverse corporate culture; on stage, they strive for a balanced ratio of all genders. Diversity is becoming a brand message. That seems to be the spirit of Silicon Valley. A modern future that includes everyone. But the reality in the audience still speaks a different language, even in the heart of the technology industry. Despite this image, men still dominate the industry today, both among developers: inside and on the executive floors. Women in IT are still a rarity. In leading German companies, the imbalance is even greater.

The history of computer development is one that certainly knows female role models. The mathematician Ada Lovelace is considered by many historians to be the very first female programmer. As early as 1843, she worked with her colleague Charles Babbage on a device that can be counted among the forerunners of today's computers. Or the physicist Grace Hopper, who did essential development work in computer science in the 1950s. Even during the Second World War, many women worked in the field and did valuable work without which the digital world would be inconceivable. That's why it may come as a surprise that this modern industry still has a lot of catching up to do when it comes to equal rights. Yet more women could make up for the permanent talent shortage facing the industry.

It should be noted, that the lower percentage of women in the IT industry is not unique. It can also be found in areas such as mathematics, natural sciences and engineering. Men are still most often found at the executive level. Only 23 CEOs of the 500 companies with the highest turnover in the world are female. Paradoxically, studies show that women are at least as good, if not better, leaders.

The Harvard Business Review stated that in 19 categories that represented leadership skills, women performed better in 17 of them. Women also scored higher percentages than their male counterparts in areas that women tend to be discounted, such as initiative or risk-taking in leadership. However, at the same time, several studies prove that female leaders are not automatically more successful. What can be proven, however, is that women lead differently. And this leadership style is not necessarily more compliant or softer. In fact, the opposite is more likely to be the case. Many men were found to have more of a "laissez-faire" leadership style, while women followed more rules and clear instructions.
But this is perceived differently due to internalized stereotypes.

For example, there is still an ideal image of what a leader should look like. According to leadership theories, this ideal image is "the self-sacrificing, determined hero" or the "father full of character and integrity". However, precisely these ideas do not get along with women, especially when they try to emulate this ideal image. Thus, character traits that were positively valued in men are suddenly perceived negatively, incidentally by both sexes to the same extent. Accordingly, this is not a male problem, but a social one.

There is a glimmer of hope, however, in that women are actually more readily accepted as executives in male-dominated fields than in other fields. Consequently, the few female executives in IT probably experience more acceptance than in other industries.

Why are there so few women in the IT industry? Mixture of factors

For industry experts, the reasons for the comparatively low number of women in IT lie in a complex mix of certain factors. Even though society's perspective on gender equality issues has changed in recent years, long-established forms of social conditioning persist in our children's bedrooms.

Boys are encouraged to play with technical toys as a matter of course, while girls are given dolls to take care of. This is exactly where a subdivision begins, which is further emphasized by colored accents. Thus the foundations of the problem are laid early on, and the chain continues in kindergarten and school. Teachers are often not even aware of this. Among other things, a study found that girls were less confident in mixed math classes than when the lesson was conducted without boys.

In Germany, there is one thing in particular that is lacking: promotion of young talent, which would be so important in getting young girls interested in IT. At present, the only nationwide initiative to introduce girls to topics such as computer science and coding and to increase the proportion of women in the relevant professions is "Girls Day". In this context, many young women quickly become enthusiastic once they have come into contact with computer development. The industry has therefore long wanted a much stronger commitment from the political side.

In addition to the social structures, hardly any responsibility is assumed in the companies themselves. For example, only a few companies have an equal rights representative, and only 3% of all companies have one.

Precisely because of the social and structural hurdles, more visibility is needed when it comes to role models. Like ex-Yahoo CEO Marissa Meyer or Facebook's Co-CEO Sheryl Sandberg, for example, who also publicly stand up for the concerns of women time and again and, as mothers, are successful at the helm of a global corporation. For example, Sheryl Sandberg wrote the bestseller "Lean In," which also calls for more solidarity among women.

However, approachable personalities carry even more weight in the local industry. Women like Fränzi Kühne, who once abandoned her law studies to set up her own agency to advise companies across the country on digitalization issues. A few years ago, at just 34, she became a member of the supervisory board of the telecommunications company Freenet, making her the youngest woman to hold such a position up to that time.

The importance of getting girls and women interested in the so-called STEM subjects and a career in information technology is perhaps most vividly illustrated in the field of artificial intelligence. The lack of female perspective in the development of this, as well as other highly innovative technologies, risks eventually entrenching inequalities and discrimination in algorithms. For example, women are 47% more likely to suffer injury in car crashes because the crash test dummy is modeled after an average male. It is precisely this failure to take women into account that results in such statistics and the perpetuation of unequal treatment. This is precisely why it is important that systems that are once intended to serve society in general are developed in an inclusive manner.

In many other areas of the IT industry, too, roles with strong communication skills are becoming increasingly important, as agile working and progressive project management methods have long been standard in the industry. Soft skills such as diplomatic flair, creativity and empathy are now more important than ever to achieve good results in collaboration and mediation between departments or with customers. These skills are particularly noted in women, for whom they can lead to new and interesting positions. If one believes the surveys of the Institute of the German Economy, there is already a shortage of more than 200,000 workers in the MINT subjects. So it has long been about more than social commitment or image cultivation. Forgoing the female perspective and women in IT professions could quickly become an existential risk for companies in the near future.

If you are interested in working in the IT sector, please take a look at our job board. There you will find a variety of exciting jobs, also in other areas. Send us your application and become part of the industry change. 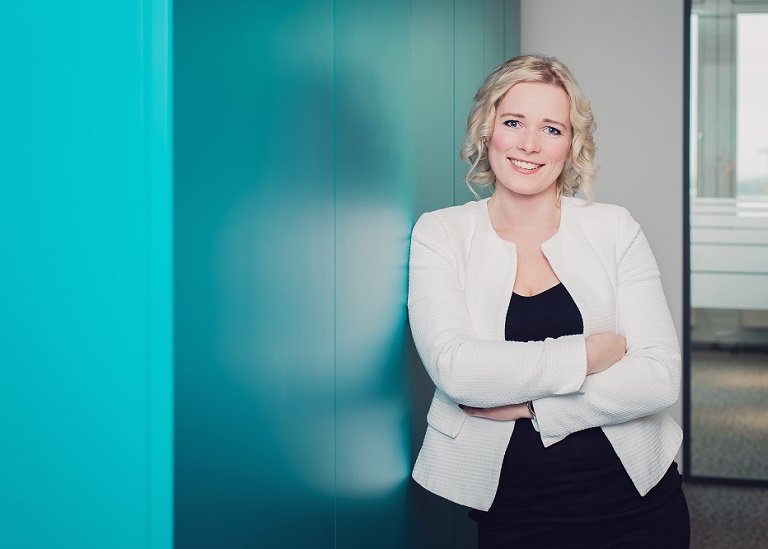