University marketing and talent acquisition for a graduate program 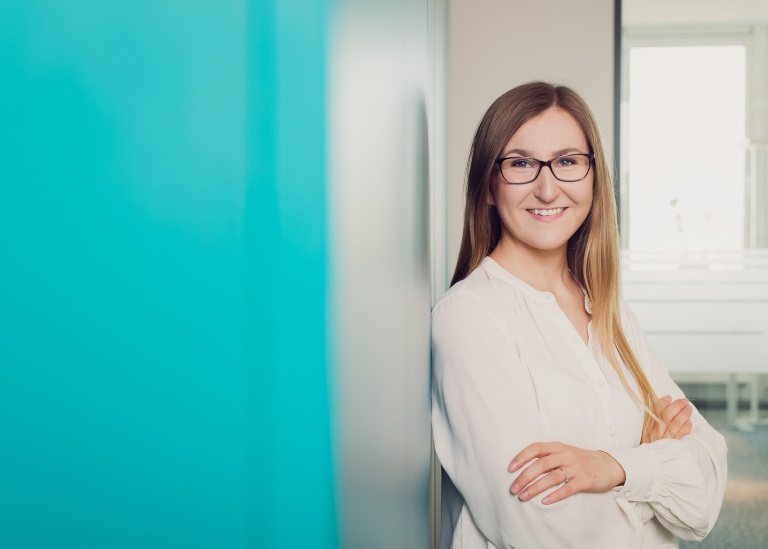 "The project with Amadeus Data Processing GmbH was really exciting and gave me many interesting interviews with international graduates as well as new insights into the topic of cloud engineering."

There's more beyond the horizon! Not only Udo Lindenberg knew this in his 1987 song of the same name. Travelling has always connected people and is the livelihood of countless people in many regions of the world. The travel industry is considered an early adopter of new technologies that make it even easier to discover remote corners of the earth. Our client - Amadeus Data Processing GmbH - has therefore set itself the task of improving travel experiences and shaping a better future for travel.

In the more than 30-year history of the company, there have been many changes, new challenges that have been mastered and, time and again, transformation processes to adapt to new market conditions. This is also the case in 2021 - after an already difficult year for the tourism industry. Transformation is also taking place now at Amadeus Data Processing GmbH. The internal structures have to be adapted to new conditions - the focus is on young, up-and-coming employees. Graduates who bring knowledge and experience from university and pursue new ideas and approaches. In addition to these personnel changes, Amadeus is also working on a cloud transformation.

"The close cooperation with all contact persons was a lot of fun and always took place at eye level. It's great to see how you can achieve great things together in such a partnership."

As HR experts, we have been advising and taking on tasks around the entire applicant and employee lifecycle for more than 20 years. In a six-month project, our common goal was to establish a trainee programme and recruit 10 IT trainees in the field of cloud engineering. The project included various phases and milestones anchored within them.

An essential part of attracting and retaining young talent is university marketing. To this end, our experts contacted various German and European universities and colleges as well as their career centres. In close and regular consultation with those responsible for the project at Amadeus, job advertisements for trainee vacancies were also published on the job boards of selected universities and events were evaluated at which the graduate programme could be presented.

In cooperation with Amadeus and the ARTS HR marketing team, a specific, search engine optimised landing page for the advertised trainee positions was created, which provided the basic framework for a social recruiting campaign. Often, classic and tried-and-tested methods of recruiting employees are no longer sufficient. In these cases, the direct communication with target candidates is THE successful method. A total of 300 candidates across Europe who met the professional requirements of the job advertisement were contacted directly via Xing and LinkedIn.

At the same time, ARTS took over the target group-specific publication of the vacancies as part of our multiposting services. The job advertisements were published where the young target group is often found - on social media channels such as Xing and Linkedin, but also in job search portals such as Indeed or Traineegeflüster as well as on the ARTS and Amadeus websites.

The pre-selection of applicants was carried out by Amadeus itself at the client's request. The candidates forwarded to us were invited to video interviews by ARTS recruiters as part of one of our Recruiting as a Service packages. These interviews were mainly conducted in English, as most of the candidates were international graduates and this is also the corporate language of Amadeus. Afterwards, all interviews were recorded and sent to the project managers at Amadeus together with an assessment and recommendation for each candidate. The selected candidates then went through several internal steps. As these were cloud engineering positions, a coding challenge was completed to test their technical programming skills. Those responsible from the specialist departments were also given the opportunity to get to know the potential new colleagues in a technical interview. Finally, an assessment centre was carried out with the selected candidates, which included group work, interviews and presentations by Amadeus. As advisors and guides, we were in close contact with Amadeus.

Six months after the project kick-off, Amadeus was able to welcome 10 new trainee colleagues in Erding and the first IT trainee programme could take off. We are pleased that our HR support has enabled the international Amadeus team to grow further and that it is even better equipped for future challenges.

A key success factor of the project was the overarching project management. In other projects, such as our cooperation with the Autobahn GmbH des Bundes, we already work completely in our client's applicant tracking system in order to make processes uniform and simple. Since this was not desired in the Graduate Programme, we nevertheless designed the cooperation of all those responsible as closely as possible. Regular meetings and progress reports were held every 14 days to keep all stakeholders up to date. This project shows very well how individual a customer project can look at ARTS and how the individual services of our 360° HR portfolio can interlock in a targeted and efficient way.